We Accept the Challenge

By Trinity College December 21, 2022 No Comments 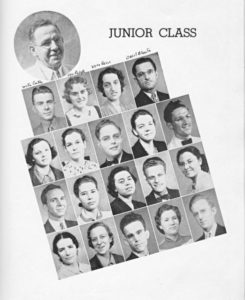 We Accept the Challenge

By Vera Resue, Valedictorian speech of the class of 1940 and classmate of Evangelist Billy Graham.

We Cannot Deny The Days Are Unusual

We cannot deny that the days in which we live are unusual. The world seems to be running toward destruction at great speed. It seems as though Christianity has not been able to keep up. Some time ago, a missionary interviewed a young woman who had recently been released from prison where she had spent some years under condemnation for communistic activity. Her husband had been executed and she had suffered the loss of everything for her principles. The missionary asked her why she had adopted these views. She replied, “That I might help to release the oppressed and set them free.” When the missionary reminded her that Christ did this very thing, the young woman made this significant answer, “I know it; but Christianity does the work so slowly.” We cannot deny that the days in which we live are perilous. Europe is rejecting our Saviour and is setting up their own gods for worship. War has broken out. Blood is being shed.  As we look to the foreign field, the “Macedonian Call” of missions is a challenge in itself. Millions have never heard the matchless name of Jesus.

It Seems as Though the Church Has Failed

Here in America at every turn, we see the evidence of sin. It seems as though the church has failed. The modernistic churches have forgotten that the purpose of the church is to witness for Jesus Christ and His saving power. Truly, this is a dark picture; but through the darkness, somehow we can see Jesus stepping forth again, showing forth His grace, power and glory, in young people who have responded to His call. It was dark at Calvary but the dawn of resurrection brought Light to all men. The early church faced darkness as Rome began to take complete control. It seemed as though the light was near extinction but God was waiting for someone who would dare to accept the challenge. Martin Luther was that “one.” He heard the Voice of God and in the face of opposition from every side, he stepped forth from the darkness bearing the truth Light-“the Light that lighteth up the world.”

The time is ripe for another Luther, Wesley, Moody

Again we see dawn; but as we delve back in history of the Christian church we find that these conditions existed time and again. Each time God had a chosen human instrument to shine forth His Light in the darkness. Men like Luther, John and Charles Wesley, Moody and others were ordinary men but men who heard the Voice of God. Their surrounding conditions were at black as night but they had God. – “If God be for us who can be against us.” It has been said that Luther revolutionized the world. It was not he but Christ working through him. The time is ripe for another Luther, Wesley, Moody,-. There is room for another name in this list. There is a challenge facing us.

We Do Not Have To Face It Alone

As we face the conflict, I am so glad that we do not have to face it alone. Christ is our Great Commander. He is the greatest leader the world has ever known. The Romans followed their Caesars. Napoleon had the ability to direct a great army. Alexander the Great had a host at his command. They went forth to conquer; but none of these great army leaders ever had the privilege, honor and power that our Great Commander has. As H.L. Hastings has written-”Woe to a world that vainly tries to escape Jesus Christ. They many deny His deity, dispute His power, disbelieve his resurrection, explain away His existence, deride Him as a phantom, insult Him as ‘a spirit medium,’ philosophize over Him as a myth, accept a mere human teacher, misquote His words to sustain their opinions, pervert His teachings, and despise His precious blood; but when all this is done, their difficulty is not removed, for Christ the King still lives at God’s right hand!”

“Jesus Christ, the same yesterday, today and forever;” the Christ who had glory with His Father “before the world was,” shamed with man during His earthly pilgrimage; and who, having suffered there things, has entered ‘into His Glory’- that same Jesus still lives in all the majesty of His divine character and in all the power of an everlasting life. Herod could not kill Him. Satan could not seduce Him. Death could not destroy Him. The sepulcher could not hold Him.” 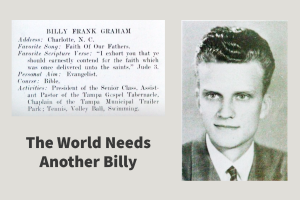 The Power of His presence gives courage

“He stands forth upon the highest pinnacle of heavenly glory, proclaimed of God, acknowledge by angels, adored by saints and feared by devils as a living personal Christ; rejected, crucified, exalted, glorified, and coming again in like manner as He ascended; to raise the dead, to judge the world, to save His people, to be glorified in His saints, to crush the usurper, to destroy His foes, and to reign forever as the Lord of all.” I repeat – no other great leader ever had the prestige, honor and power that our Leader has. The promise of our Leader’s presence is genuine. The power of His presence gives courage. His smile breathes strength to weary warriors. His peace calms and gives fortitude as we struggle on. He is all in all. His love constrains us. His sacrifice for us brings us low at His feet. His purpose challenges us. So as His soldiers we go in utter abandonment that men might come to know the Saviour.

He Has Given Us His Everlasting Word

He does not send us out without equipment. He has given us His Everlasting Word. We have His promise that His word will not return unto Him void. This is why our Bible training is so important. The Bible is the Source Book of Christianity for this age and for all ages to come. We have the revelation in the Scripture. Enlightened reasoning can show that it is rational and basic and that it affords an adequate explanation of creation. It explains the cause of these deplorable conditions as sin of disobedience to God. It provides a way of salvation from sin in the person of Jesus Christ. It gives glorious prospects for the future in the foretelling of Christ’s return to this world when the god of this world-Satan, our enemy, will be put forever under His feet and the kingdom of this world will become the kingdom of our Lord and of His Christ and He shall reign forever and ever.

We Accept The Challenge

I like to think of the training that we have had in these past three years at the Florida Bible Institute as the putting on the whole armor of God that we might be able to stand against the wiles of the devil. “For we wrestle not against flesh and blood but against principalities, against powers, against rulers of darkness of this world, against spiritual wickedness in high places.” With our loins girded about with truth, having on the breastplate of righteousness, our feet shod with the preparation of the Gospel of peace, with the shield of faith where with we are able to quench the fiery darts of the wicked, with the helmet of salvation and the sword of the Spirit which is the Word of God, WE ACCEPT THE CHALLENGE. 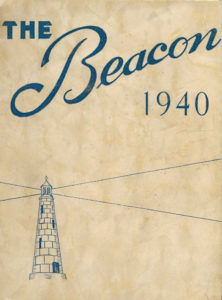 Vera G. Resue was born April 20, 1918 in New York and attended the Florida Bible Institute (now Trinity College of Florida) and was class Valedictorian of the class of 1940. She continued her education earning degrees at Goshen College. She taught in the Hillsborough County school system for 31 years and was a member of the Idlewild Baptist church since 1951. She went home to be with the LORD August 26, 2004.