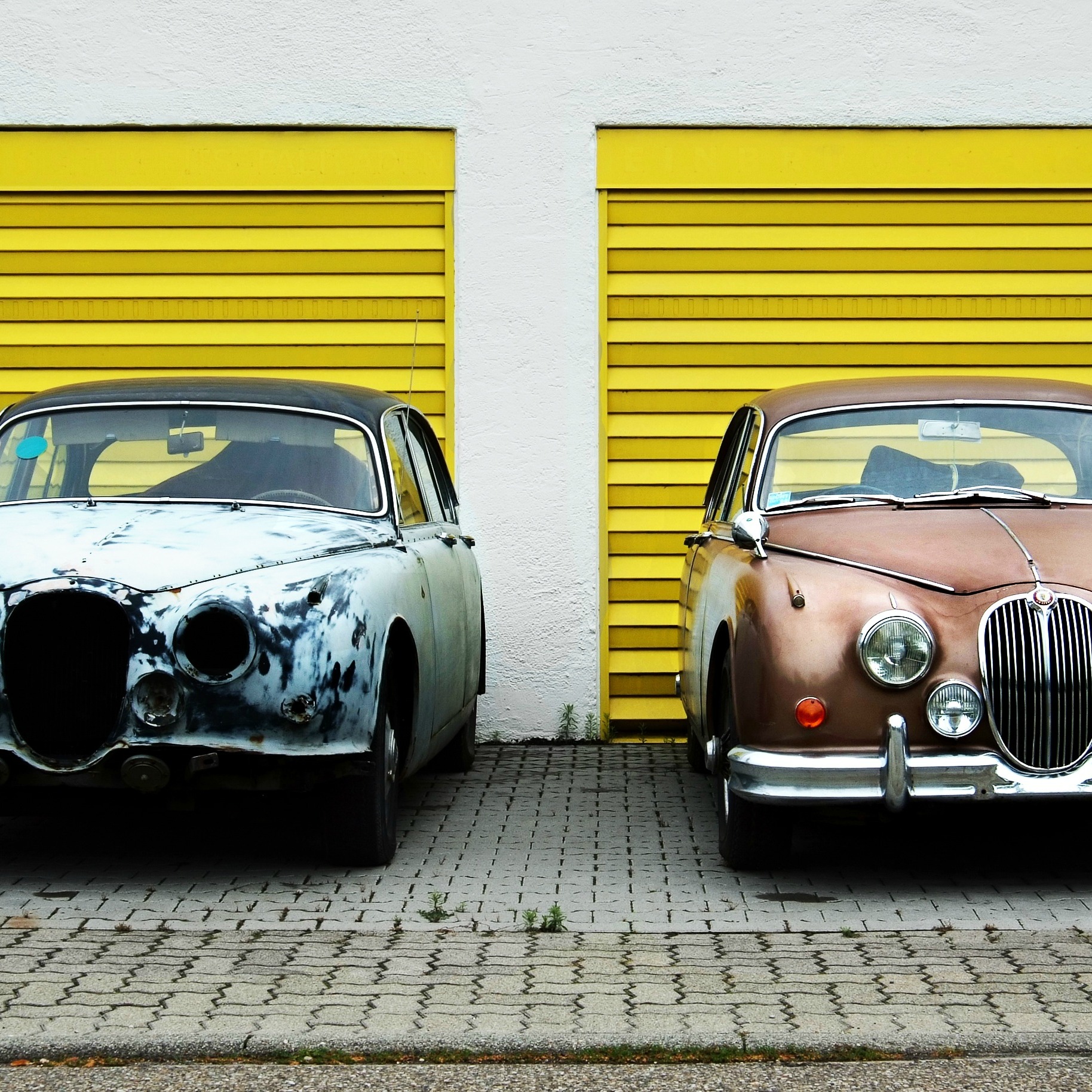 BY DR. JOE ALLOTTA:
You must be a thought-filled person. (Not thoughtful thought-filled) For you to click on a blog with this title proves you are smarter than at least half the people you know, so congrats on that. I tend to put theologies in 3 categories  the Rock-Solids, the Lean This Ways, and the No Ideas. The Rock-Solids are things like the Deity of Christ, that God created the world, or that all human beings are sinners. The Lean this Ways are things like there is going to be a literal 1,000-year Reign of Christ after His Second Coming, that the Leviathan and the Behemoth were Dinosaurs, or that Melchizedek was not a pre-incarnate Christ. The No Ideas are on whether or not the soul or spirit are the same or different, how long Adam and Eve were in the Garden, or how televangelists justify buying private planes.

There have been some theologies that have moved up or down in those categories over the years, but none so much as the Impeccability vs. Peccability of Christ. I suppose Bible Study me believed in the Peccability of Christ meaning that Jesus could have sinned if He wanted to, but just chose not to. Then some evidence was pointed out to Bible College me. The first is that Jesus is God and because God cant sin, thus Jesus cant sin. That makes sense, but I thought to myself that Jesus was also human. Isnt an aspect of the human condition the ability to choose, and Jesus wouldnt have actually had free-will if hecouldnt sin, right? The second evidence was that in all three accounts of Jesus Temptation it says that the Spirit led Jesus up to the mountain to be tempted. Thats an important detail because it shows that God wanted Jesus to prove he couldnt sin through being tempted and yet overcoming. So then I sat in the No Idea stage for a while, until I started finding more and more scholars I liked and respected andBible College Graduate me soon stood firmly in the Lean this Way camp of Christs Impeccability  that Jesus couldnt sin because He was God. But then a new me had to emerge  Bible College Professor me. Now I had to explain this to others, and as I began to teach it, I began to notice that my terminology left the safe confines of Lean this Way land and into the much harsher territory of Rock-Solid. So today, the Bible Blogger me is as sure of the Impeccability of Christ as I am the Divinity of Christ.

Why am I so sure? Why is the Impeccability of Christ such a big deal? Because if Jesus could evenhypothetically sin, then these 4 terrible statements would be true. Not hypothetically true actually true.

It Would Dictate that God is a Gambler

If God sent His one and only Son to the Earth without being 100% sure of His success, then He was a Gambler. Our Creator spent thousands of years preparing the Messiah on a Gamble that Jesus wouldnt sin and destine everyone to Hell (and destroy the universe but well get there later.) Even if God is 99% sure that it was unlikely that Jesus would choose to sin, there was still a 1-in-100 chance that the plan would have failed. Thats a really stupid plan that the all-knowing designer of the Universe came up with if Jesus isnt a guarantee to victory. God could have won that Powerball if He wanted, not because Hes a good guesser, but because He knows everything. (And God didnt want you to win the Powerball, chew on that!)

It Would Deny Jesus Nature

Most people in the Peccability camp are obsessed with Jesus human nature. They believe that being human necessitates the capability of sinning. Why? So theres something less about Jesus humanity because Hes incapable of doing something? It would be like saying because someone was born without the ability to walk and since humans can walk thus disabled people arent human. Nonsense. Actually, its more like saying that if a child was born impervious to diseases and since humans get sick all the time that the super-immune system kid wasnt human. That kid would get studied his whole life so that the rest of us could live sickness-free like him. (The same is true spiritually with Jesus.) The whole free-will argument isnt very good either. I cant Fly even if I really, really want to. I cant turn Invisible if I want to. I cant even have a dumb super-power like fireworks coming out of my fingertips (poor Jubilee.) Just because I want to have super-powers doesnt mean I can have them. My free-will has natural limitations. Jesus cant sin. Its not in His nature to be able to sin. Gods nature is sinless perfection. He likewise had a sinless human nature (remember, no human father to pass down the sin-nature.) Jesus cant sin for the same reason I cant fly.

It Would Denote Jesus was Created

God doesnt choose to do Right or Wrong. He doesnt choose whether or not He is going to do Good or Evil. God IS Right. God IS Good. What He does is correct, and everything else is incorrect. Light and Heat are good illustrations. Darkness isnt the opposite of Light, its the absence of light. Moving away from the light source lessens the amount of light making it darker until there is no light at all. Cold is not the opposite but equal reaction to Heat, Cold doesnt exist, it is merely the absence of Heat. The farther you move away from the Sun the colder it gets. You start at about 10 Million Degrees at its surface, and eventually hit 0Kelvin when the suns radiation doesnt touch you at all. Gods the same way. The closer I am to Him, the more right Ill be. The farther away I am, the more wrong Ill be. We creatures of the Creator can either choose to follow God or ignore/reject Him. (I personally believe we always do the latter but thats for a different blog.) We either choose to line-up with Him, or move away from Him. Jesus doesnt choose to follow God or not. HE IS GOD! Jesus isnt creation, Hes the Creator.

It Would Demand that the Universe Cease to Exist

Ok, this isnt 101 stuff. Fortunately, you are the smarter half of your friends. This is advanced Epistemological Philosophy. My brain cant fully get there, but Ill do my best with my limited vocabulary gleaned from Sesame Street and Mr. Rodgers (my mom is going to yell at me for that one.) God not only knows everything that does happen, but everything that could happen. Some philosophers like William Lane Craig and Alvin Plantinga label this Middle-Knowledge. For instance, God can hypothesize a universe if Adam and Eve did not sin. He can postulate all the things that would be different today if that choice went differently. In fact, God can imagine an entire universe over every choice ever. Some people like to propose how God navigates that, but I dont like doing that because it opens up more questions than answers. What I will put forth though is that if there is even a potentially possible universe where Jesus sins, then the universe would cease to exist. Hows that? Here you go. If Jesus hypothetically sinned in even just one of the billion+ potential scenarios, then that would make God a liar in whichever universe Jesus sinned in; and if God is a liar, then He is not truly God; and if He is not truly God in everyuniverse; then He is not truly God in any universe; thus the universe wouldnt exist. However, seeing that the universe does exist, it means God does exist, that He cant lie or do anything against His nature, and thus Jesus cant even hypothetically sin. Boom. Philosophized.

Well I know that none of you believe in any of those conclusions. There still may be a certain number of you that believe for Jesus to truly be tempted in all ways as we were, yet without sin (Hebrews 4:15), that Jesus needs to experience temptation in the exact same way we experience it. We dont all experience the same temptations in the same way though. For instance, if theres a line of coke on a coffee table somewhere, I experience that temptation differently from an ex-drug attic. For me, who has only accidentally drunk alcohol when it was mistakenly put in my virgin fruity drink, is obviously not tempted by the effects of cocaine. Likewise, if a shirtless dude with his glistening abs and chiseled features approaches me head-on, my only reaction might be to tell him to go back to Abercrombie where he belongs. Im not tempted to lust after him even a little bit. However, I know there are those out there who would struggle with lust in that situation. Now all you have to do is switch the gender of that model and suddenly I would experience that temptation a whole lot differently. Jesus faced all the different temptations we might face, and after a lifetime, He never once sinned. He never has sinned, and He never will sin.

Dr. Joe Allotta holds the Church Ministries chair at Trinity College of Florida and is also the senior pastor of Crossroads Church in New Port Richey. Dr. Allotta graduated from Trinity College in 2006 and went on to earn his Master of Divinity and Doctor of Ministry degrees through Liberty University. Read more from Dr. Allotta at joeallotta.com