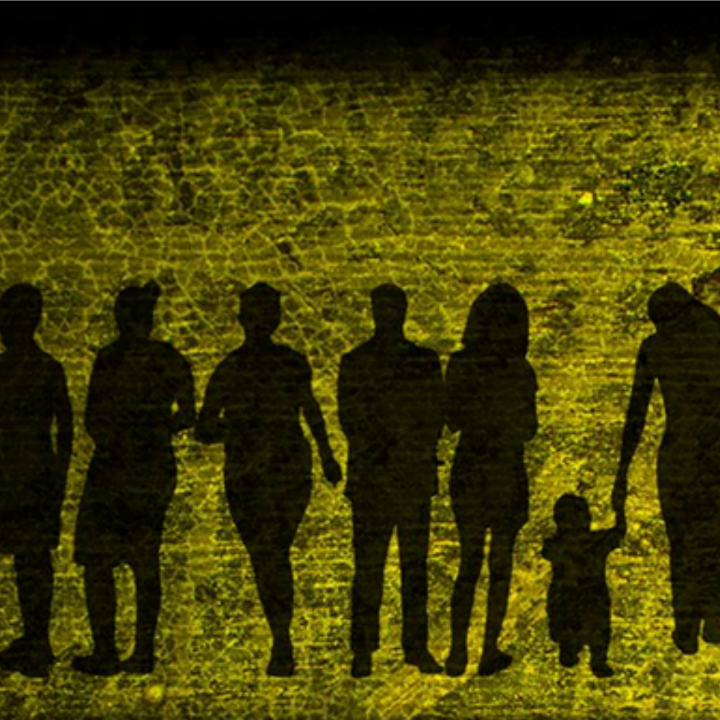 The 4 Kinds of People in Your Church

BY ADAM POWERS:
Ive been in and around pastoral ministry for 10 years now and over that time Ive noticed that in every congregation there usually are 4 kinds of people present. I find these distinctions to be quite helpful because each group requires a different approach, and they need different things (that I want to be able to give them) from me as their pastor.

Now, not every person fits into one of these categories. I have been in all 4 myself over the years and Im sure you have too. Im sure you also will be able to tell who these people are in your church, well, that is, if your church is smaller rather than bigger. Though its rare, sometimes you will run across someone who doesnt fit into any of these groups, but Ive found its a rare exception. Most all people do fit into one or more of the following groups.

These are folks who are timid and shy in large AND small group settings. This isnt a bad thing at all. Shyness is a gift of God, for it keeps many people from sins theyd dive into if they were more extraverted or proud. What is tempting for this person is to sit back and hide, or fade into the background so no one notices them. And in their hiding they can easily begin to believe that they have nothing to offer their church. Thats a lie.

Shy guys need to be reminded that God has placed them in a specific church with other specific people for a specific purpose. A purpose which wont be able to be completed if it werent for their contribution to the whole. This means in Gods sovereign plan He has so ordained that this shy person be in whatever church they find themselves to be in for their good AND the good of those around them. They have gifts, great gifts and abilities, that must be put into practice if the body is to be built up as it should. Ive often found that it is the shy guys, as opposed to any other group, who thrive in one-on-one discipleship settings.

Pray for them, that God would make them bold and eager to jump in with all hands on deck.

These are folks who are proud and deeply desire to prove their usefulness and talents to you. Opposed to the shy guys above, these folks think theyve got a whole array of gifts and abilities to offer the church, and that if those gifts are used often they believe the church will be better than it is now. These people will normally ask you to lead something in the church within 10 minutes of meeting you, and upon doing so will promise glorious results. Beware this person. In the beginning they will seem like one of your biggest allies and for a time will actually be just that. But when asked to stick in for the long haul and become a committed member they usually leave quickly.

The sad thing about this group is that most of the time, they do have very developed gifts that are rare and could be very useful if put into practice. But, pride getting in the way usually prohibits them from actually doing so. The longing to lead isnt a bad thing (see 1 Tim. 3:1), but the longing in this person isnt to lead for the sake of the body as much as it is to lead for the sake of being seen in the spotlight.

Pray God would humble them in your ministry and give them more joy in humility than they thought was possible.

These are the folks who have an exaggerated dislike of you as the pastor. For whatever reason everything you do is seen as suspicious and strange. This person usually doesnt enter the church in this way. In order to be a disenchanted person they must have once been an enchanted one. It takes a series of events, or a one time event that changes a lot within the church to turn them into this kind of person. They once bought in to the vision of the church. They once looked on the pastor with respect. They once joined in and gave their life to this body of believers. They may have even been a part of leading to some degree. But now, for a reason (that is very real/meaningful to them) they are backing away slowly.

Ive found this person is one who is hurt. Through certain events, or a major change at the church, the person no longer feels like a welcomed or appreciated member of the team and from this they grow discontent. In this anger (thats really what it is) the person will see everything the church does as suspect and wrong, even if it is something they actually agree with. This is a sad story, every time, because Ive found that these people dont often let you know about their feelings until its too late. The hurt is real, deep, and prolonged. No one can survive for very long in that mode. So they give up after a while, assume the worst of the particular ministry (and minister), and their exit is often a hard one because theyve been around for so long.

Pray for them, that God would give them an eagerness and excitement to join in again and contribute their own gifts to the ministry. Things may not look like what they want it to be, remind them thats ok.

As opposed to the disenchanted person above, the overenchanted folks have an exaggerated love of you as the pastor. These are often folks who are new to the church and have only been around or been members for a year or less. The newness hasnt worn off yet, which puts them in a honeymoon period with the church. Everything the pastor says is fantastic, even if its wrong. Everything the ministry is doing or not doing is seen as justified, even if its wrong. Rose-colored glasses are on and in use at all times for this person, and theyre not aware of it.

Because of the heightened approval this person has for your ministry the danger is obvious isnt it? Once the rose-colored glasses are taken off they could easily become a disenchanted person. Remind them of your sins, remind them youre not perfect, that you struggle, that without good commentaries youd be lost in sermon prep, and without Gods grace youd be nothing. The sad thing about this case is that just as the disenchanted person sees everything as suspect, the overenchanted person will see everything as glorious, even if its the pastor admitting his own weakness and need for help and grace. Remind this person that the kingdom is bigger than your particular ministry, that youre not the best thing since sliced bread (you know youre not right?), and that you really do need Gods grace to make it everyday.

Pray for them, that God would give them a true sense of the ministry, that He would remove their rose-colored glasses and create an honest and deeper enjoyment at your church.

I must end, but remember this. Acts 20:28 stands as the banner over these 4 kinds of people and really all kinds of people in our churches. Pay careful attention to yourselves and to all the flock, in which the Holy Spirit has made you overseers, to care for the church of God, which He obtained with his own blood.