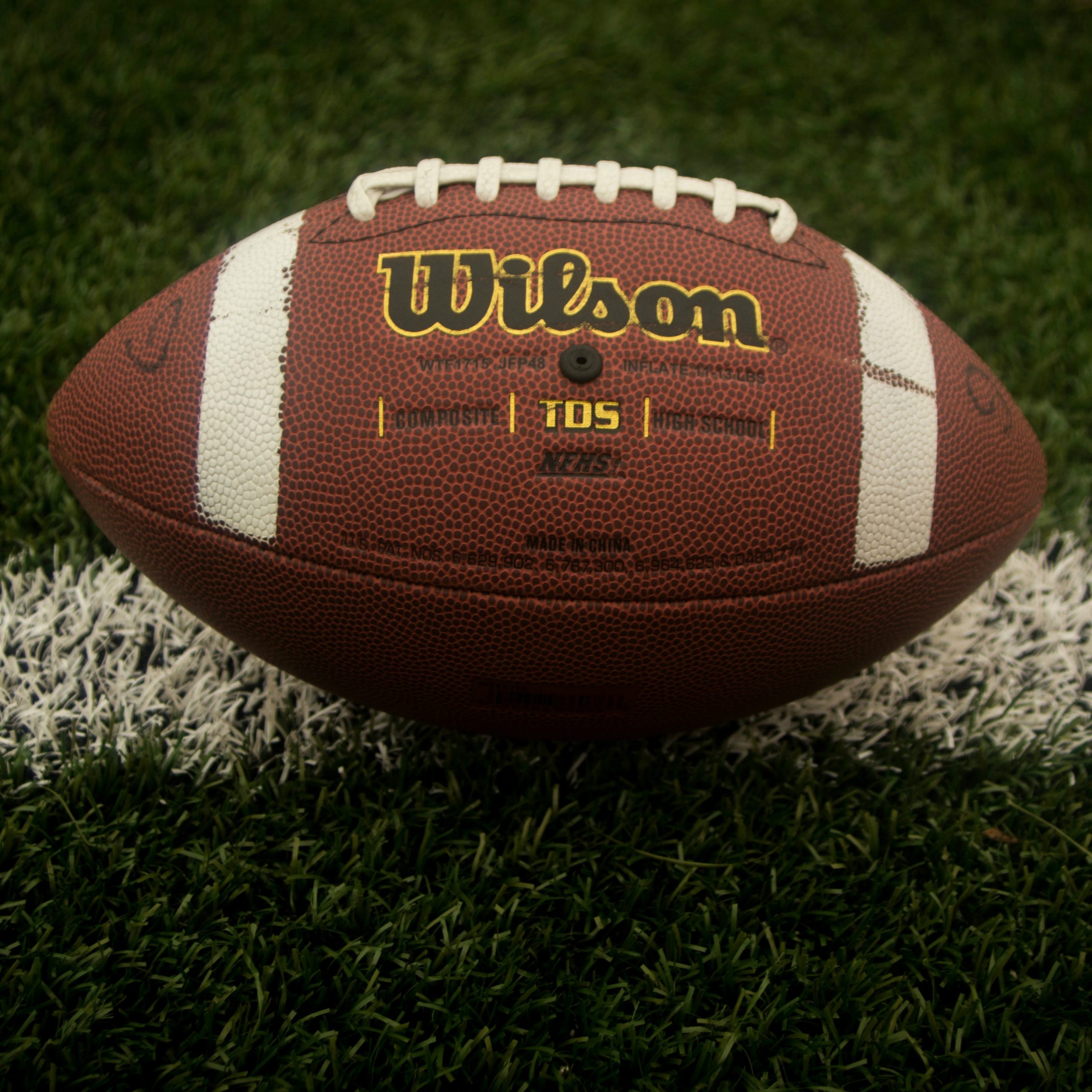 BY DR. JOE ALLOTTA:
I think you might be surprised by Jesus number one draft pick. Jesus would pick John the Baptist. Why do I think that? He said so in Luke 7:48. I say to you, among those born of women there is no one greater than John (Luke 7:48). John the Baptist is like Scottie Pippen. Everyone who watched Pippen play knows that hes a great player. He might be the best perimeter defender ever. When the first Dream Team was chosen in 1992, there were only 5 names that were unanimously picked by Team USA Basketball  Michael Jordon, Magic Johnson, Larry Bird, David Robinson and Scottie Pippen. Why dont most people put Scottie Pippen up with those other names? The reason is: he played with Michael Jordon. MJ was so great that he made everyone else playing with him a footnote. But many speculate that Michael Jordon retired in 1999 because he knew Pippen was leaving in free agency and he didnt think he could win without Scottie. The Great One knew he needed Scottie, and more importantly, Scottie Pippen knew he needed Michael Jordon.

Why would Jesus say that John the Baptist was the GOAT (Greatest of All Time)? The MVP (Most Valuable Prophet)? Well, thats tough because we actually dont get a lot of info about J.Bap (that would be his nickname if he played in the NBA.) We dont have any of his writings and once Jesus starts His ministry, J.Bap seemingly just went to sit on the bench. So in a few short years of ministry, can John the Baptist really be called the greatest? So, lets make a top 10 List of Old Testament Prophets (yes John is an Old Testament Prophet, the New Covenant/Testament doesnt begin until Jesus death on the cross). Let the controversy begin: (Man I hope when I get to heaven that Hosea, Ezekiel, Ezra, and the like dont hold a grudge.)

Elisha
Some might be surprised that he cracked the top 10. But he performed a miracle (floating ax head) and had to be a prophet in one of the most pagan times of the Northern Kingdom of Israels history. So he gets bonus points for having such a difficult opponent. He also did this in 2 King 13:20-21: Elisha died, and they buried him. Now the bands of the Moabites would invade the land in the spring of the year. As they were burying a man, behold, they saw a marauding band; and they cast the man into the grave of Elisha. And when the man touched the bones of Elisha he revived and stood up on his feet. What?!?!? Thats top 10 propheting!

Daniel
His faithfulness is unquestioned. Daniel seems to do whats right no matter what. He got thrown into the Lions Den for praying to the One True God when he wasnt supposed to. Theres a little mystery though on what happened to him when Nebuchadnezzar set up his golden idol. Rack, Shack, and Benny wouldnt bow down and got thrown into the fiery furnace. They were rescued, we get a brief appearance from the true #1 on this list, and we all are pumped. But where the heck was Daniel? Did he bow down? Was he out of town? We have no idea. Hes just not mention. In this hyper-competitive (subjective) list, anything can knock you down a few spots.

Jeremiah
The dude preached for 40 years in and around Jerusalem and no one repented! Not a one. Jerry is a good reminder that even when we are obedient to God and do exactly what He tells us to, that it doesnt mean we will have lots of followers. Jeremiah makes the list because A) he was faithful to preach the same message of repentance for 40 years and B) because Lamentations is really sad and he deserves an award. My guess is that the same thing is going to happen for Leonardo DiCaprio. I bet he finally gets his Oscar for the same reason. Hes been sooo good for sooo long and the Revenant looks sad enough to move the Academy voters.

Isaiah
He shoots so high on this list because of the power and specificity of his prophecies. God specifically told Him that the Messiah would be born of a virgin (Isa 7:14), be God himself (Isa 9:6), and take the punishment for our sins (Isa 53:4-6). He also was in Jerusalem when the entire Assyrian army surrounded the city. King Hezekiah told the archers to stand down. He goes and gets Isaiah, and they pray. God answers the prayer by bringing the thunder! Specifically God sent a lightening storm and the angel of the Lord that killed 185,000 Assyrians over night. Isaiah had that kind of back-up.

David
He is specifically called the Man After Gods Own Heart. Even more amazingly, this was said about him even after one of the more horrific sins described in the Bible. We know that everyone on this list (except for #1) have sinned. But adultery and murder are doozies. Theres no doubt that the whole Bathsheba thing hurt his ranking, but he didnt fall too low because of his faithfulness even as a child. He was Gods anointed to be King of Israel, and showed incredible restraint when King Saul was hunting him down. Saul even almost peed on David one time, and David still didnt kill him (1 Sam 24.)

Abraham
I almost didnt include Abraham on this list because I dont think of him as a prophet. But sure enough in Gen 20, God calls him a prophet. He wouldnt be considered a prophet to Israel, but hes still a prophet. Abe gets such a high ranking because he was willing to sacrifice his own son Isaac. He completely loved his boy and I cant imagine the heartbreak when he was asked to sacrifice his beloved son. He would have gone through with it if God hadnt stopped him. Contrastingly, there was no one to stop God the Father when he sacrificed His only Son. Abraham gives us this incredible picture.

Elijah
Number 3 and 4 on this list were really tough. Elijah gets docked just a little for not writing anything that makes it into Scripture. Even Obadiah wrote a book. Elijah performed some sick miracles though that are only matched by the #1 on this list. Mount Carmel is one of the most kick-butt things to ever happen. Hes also the only guy on this list to not die! What?!?! Yeah, a chariot from heaven came down and just raptured him right up to heaven. Thats a mic drop kind of moment.

Moses
He just barely edged out the previous prophet because of his prolific writing. The Pentateuch is kind of a big deal. The Plagues of Egypt were pretty insane, even though Aaron had to do most of the trash-talking. Moses has some incredible moments and thats why hes #3 on the list. But he has a couple sin issues, and some weak leadership that slowed the Israelites down in the dessert. But man, Moses had some tough people to lead. He deserves the 3rd spot.

John
So how come John gets ahead of all these other guys? 5 reasons.
1) He has the endorsement of Jesus. When Jesus says you are the best, then you are the best.
2) He was the last prophet before the arrival of the Messiah. Save the best for last.
3) He got to touch God. The others spoke to Him. But John got to hug him, kiss him, and baptize him. Winner.
4) Under his ministry there were literally thousands of people who came to repentance. And he never once did a miracle. That makes it even more impressive to me.
5) He has 2 prophecies about his arrival. Both Isaiah and Malachi talk about him showing up one day. Thats exclusive company. Other than #1, no other prophet has prophecies about them.

Jesus
Part of me just wanted to just write  Period and then exit stage right. But I decided to write a little.
~He doesnt just bring people back to life, He brings them eternal life.
~He was prophesied about over 300 times.
~Hes saved every person who has ever been saved.
~He sacrificed himself.
~Hes the King of all the kings.
~He has always existed.
~Hes shown his power over nature, illness, sin, demons, and death.
~He made the best covenant imaginable.
~He is the Son of God.
~He is God.

I want someone to make Prophet Baseball Cards with stats and highlights. Someone good at graphic design get to work on that.