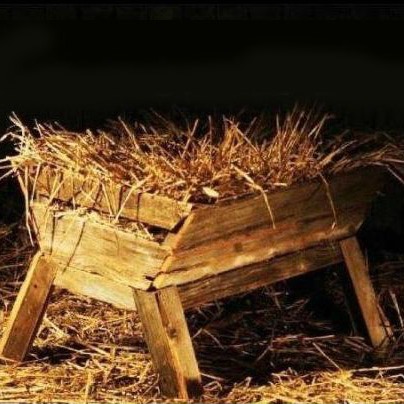 Introducing Jesus: Where Do You Start?

BY DR. JOE ALLOTTA:
The life of Jesus is recorded in 4 Gospels, and they each reminisce about Him in a slightly different light. The first time Jesus is introduced actually illuminates quite a bit about how he will be presented. Lets get started:

1:1 The record of the genealogy of Jesus the Messiah, the son of David, the son of Abraham.

So Matt wastes no time to introduce Jesus. Verse 1, first sentence establishes Jesus as human (i,e, he has a genealogy), the Messiah, in the kingly line of the legend David, and a full-blooded Israelite. The first prophecy about Jesus in Genesis 3:15 foretold that a human would crush Satan. The next few prophecies explained that the Messiah would be a descendant of Abraham, Judah, then ultimately King David. This opening section points to Jesus fulfillment of all those prophecies. Throughout the book of Matthew, Jesus is presented as distinctly Jewish. The book is entrenched in first century Israelite culture. You cannot understand Jesus apart from His culture. Thus, He is presented as the Jewish Messiah.

1:9-10 In those days Jesus came from Nazareth in Galilee and was baptized by John in the Jordan.

Marks first mention of Jesus isnt any kind of origin story. Really it starts the way that Isaiah leaves off. The Suffering Servant is foretold, theres a Cry in the Wilderness, John fulfills that Cry, and bam, Jesus goes and gets baptized by John. But I think this act of baptism is important for the way Mark wants to portray Jesus. This is an act of humility for Jesus. J. Bap is right, Jesus should be baptizing him. Jesus obviously didnt need a baptism of repentance. His baptism here seems to be more symbolic of starting His earthly ministry (in the same way our baptism should start ours.) Even the name that Mark glosses Jesus with is kind of an insult. Jesus of Nazareth. The Pharisees always used that title with Him because they were taking a shot at him. As the saying goes, nothing good comes out of Nazareth. Being labeled a Nazarene was kind of an insult. Its like proclaiming someone to be from a ghetto. But Jesus didnt run from this name at all. It fit His mission to come and seek and save the lost. He didnt come for the rich and healthy but rather for the poor and sick. He constantly taught that the first would be last and the last would be first. He did not come to be served but to serve. He was the Servant Savior.

1:30-32 The angel said to her,  Do not be afraid, Mary; for you have found favor with God. And behold, you will conceive in your womb and bear a son, and you shall name Him Jesus. He will be great and will be called the Son of the Most High; and the Lord God will give Him the throne of His father David.

The Doc goes into painstaking detail to reveal that Jesus was literally and fully human. Mary is going to conceive Jesus, and give birth to Him, and raise Him. But He will be the Son of God, and His name literally means that He Saves. As Lukes genealogy will bare out. Jesus is in the lineage of King David both by his bio-mom Mary, and His adopted Dad, Joseph (and spiritual by His Heavenly Father for David was also nicknamed the Son of God.) All these are important details about Jesus. Scripture indicates that the Sin Nature of man is passed down through the Fathers seed. Jesus didnt have a human father, so He has instead God, His Fathers, nature (i.e. same nature as God.) Vis-a-vis, ergo, concordantly Jesus doesnt have a sin nature, and furthermore cant even sin because He has the same nature as God the Father. Thus Jesus is a King for several reasons: A) Because Hes in the lineage of a King, B) Because He is the Savior or Rescuer for all mankind, C) Because He is literally the best there is, was, or ever will be, and D) Because He is coming back to militarily conquistador the whole dang planet. Thus we should all recognize Him for what He truly is  the Human King.

John makes sure we know that Jesus isnt just some deity, or God-lite, or Diet God. Jesus is the One and Only Jehovah himself. He is the Creator baby, and nothing that has ever come into being has done so apart from Him. He is the Alpha and the Omega. He is Elohim. He is. And the God that created the universe, added flesh and became one of His creatures. Completely human yes; but simultaneously, absolutely God. He became the bridge to connect humanity with the Godhead, because He is both. Because Jesus was God, He could take-on the full wrath of God and pay for mankinds sins on the cross; and because He was human, He could share what He earned with other humans. Jesus is the only begotten, the only possible, and the only necessary Son of God. Never forget that He is Creator God.

We need to view Jesus in light of all 4 Gospels. Otherwise we are missing something rather vital about who He is. If you ignore the idea that He is the Jewish Messiah you very easily could forget that He always keeps His promises, even if He is very patient in delivery on them. If you dont think about Him being the Servant Savior you can forget about the disgusting, destructive nature of your sin, and that He was the only cure. If you lose track of Him being the Human King you might take away the first word we forget that He can sympathize what we are going through, and if we take away the second word we forget that He has the right to tell us what to do. And finally, if you do not worship Him for being Creator God then you will forget that He is capable of ANYTHING and can drastically change your circumstances at any moment!

Dr. Joe Allotta holds the Church Ministries chair at Trinity College of Florida and is also the senior pastor of Crossroads Church in New Port Richey. Dr. Allotta graduated from Trinity College in 2006 and went on to earn his Master of Divinity and Doctor of Ministry degrees through Liberty University. Read more from Dr. Allotta at joeallotta.com